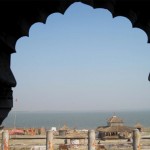 Cradled on the southern bank of the river Ganges, the picturesque town of Sahibganj or Sahebganj located in the northeastern region of Rajmahal subdivision of Jharkhand is a place where time has stopped. The town is valued by the tourists for its historical significance. From the notes of Megasthenes to the decisive battle of Sher Shah and Humayun and finally to the Santhal Rebellion of 1855 and Freedom of India, Sahibganj has played a very important role throughout. Here erstwhile palaces of royals and riches are littered everywhere and the landscape boasts of twin lakes, bird sanctuaries and the mighty Ganges. Moreover, the exotic landscape of the region features plenty of fossil remains of flora preserved as casts, impression and petrifaction. BOOKING DETAILS OF SAHIBGANJ


Places to see in Sahibganj: The sightseeing places at Sahibganj truly offer a visual pleasure. There is a natural twin lake at Sahebganj, called Udhwa Lake attracting tourists to savor its beauty. The lake is a safe refuge for different exotic species of birds. Moreover, migratory birds from as far as Siberia also visit the lake every year in huge number. You can also visit the Udhwa Bird Sanctuary, the sole bird sanctuary of Jharkhand nestled in the nearby village of Udhwa also known as Patauda. 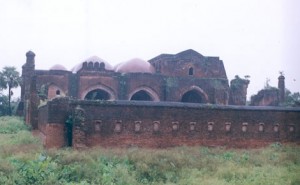 On your way to Sahebganj, you will find the beautiful ruins of Sangi Dalan built under the benefaction of Raja Maan Singh between 1580 and 1600 AD. The winding view of the River Ganga flowing next to this edifice offers a visual splendor. There is a historical well in Sahibgang, built in 1915, which is locally called ‘Bhagwa Kuan,’ constructed to commemorate the memory of Edward VII. You can also visit nearby Mandro to see the fossils of trees and animals.

Nearby attractions around Sahibganj: Sahibganj is admired by a number of historical attractions. An experience of visiting the historical city of Rajmahal near Sahibganj is truly enduring, which was established by Emperor Akbar long back in the 15th century. The place is a major witness of a number of significant battles. The town houses some remarkable monuments, which include 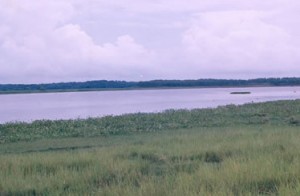 Akbari Masjid, Singhi Dalan, Tomb of Maina-Bibi and Tomb of Miran. Nearly 13 km north-west of Rajmahal town there is a serene village called Kanhaiyasthan, which owes its name to the shrine of Lord Krishna (Kanhaiya). It is said that Chaitanya Mahaprabhu on his way to Brindavan from Bengal stayed at this place and received the vision of Lord Krishna. The impression of the step of Chaitanya Dev has been preserved at the site.

You can also visit the ruins of Jama Masjid at Hadaf in Rajmahal, built under the reign of Raja Maan Singh in 1592 AD, which was once recognized as the most elegant building of Gaur (Bengal). In close proximity from the location, you will find Bara Darwaza, a unique fort located at the top of a hillock. The fort features 12 identical doors. The Archaeological Survey of India has declared the remaining of the fort as a heritage site. 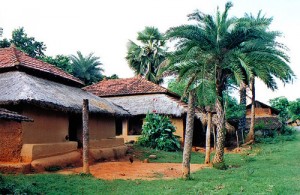 You will also find a number of temples in the neighboring areas of Sahebganj. The temple of Shiva in Barhait is truly adorable. The place is frequented by disciples during the month of Shravan and the Mahashivratri. You will also admire the Binduvasini Temple near Barharwa railway station. Thousands of devotees assemble at the place during Ram-Navami when a grand fair is also held for nine days at the site. There is also a temple at Mirzapur village, known as Shukravasini Temple.

There are ruins of an ancient fort called Teliagarhi near the Karamtola station. It was named after its builder Teli Zaminder. Do not miss a trip to Bhoganadih, the historical village of Sido and Kanu, the two legendary brothers who triggered the Santhal revolt in 1855. The village is considered as a sacred location by the tribals. The village also houses a memorial to pay tribute to the sacrifice of the brothers. You can also visit Panchkathiya, the place where these siblings were hanged by the British. Moreover, Malda in West Bengal is around 2.5 hours away from Sahibganj 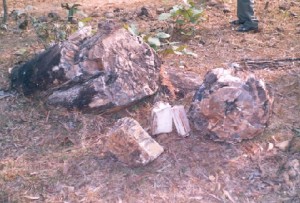 Things to do in Sahibganj: Sightseeing is the major activity of the people visiting Sahibganj. Try to visit the mela held on every full moon of Magh month at Rahmahal. The mela is mainly dominated by the tribals gathering from all over the district.

How to reach Sahibganj: Trains are available from Kolkata and Ranchi to Sahebganj.

Best time to visit Sahibganj: You can visit Sahebganj any time of the year.