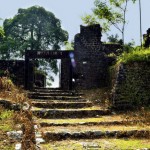 The Buxa National Park is a perfect stopover for tourists, who want to savor the flavor of green darkness, enriched with some exotic wildlife. The Buxa Tiger Reserve located in the Northern part West Bengal, nestles in the Buxa hills of the southern hilly region of Bhutan. The Buxa Tiger Reserve spanning an area of 760 sq. km. is located inside this highly famed National Park. The Buxa Tiger Reserve falls in the Alipurduar sub-division of Jalpaiguri district of West Bengal. The northern boundary of the reserve runs along the international border with Bhutan. The Sinchula hill range admires the northern side of Buxa tiger reserve, while, Eastern boundary touches the state of Assam. The “Terai Eco-System” also constitutes an integral part of this reserve. BOOKING DETAILS OF BUXA


Places to see in Buxa Tiger Reserve: The ruin of historic Buxa Fort is one of the prime attractions of the reserve. Indians are emotionally attached with the fort because many freedom fighters were imprisoned here during the British rule. Even the great revolutionary, Netaji Subhas Chandra Bose was once imprisoned inside this fort. You have to trek for 4 kms to reach Buxa Fort from Santlabari (the entry point of Buxa Tiger Reserve). You will also find a sacred temple of Mahakaleshwar Jyotirlinga in Buxa tiger Reserve. There is a huge congregation of the worshipers of Lord Shiva at the temple site during “Shiva Chouturdoshi.” 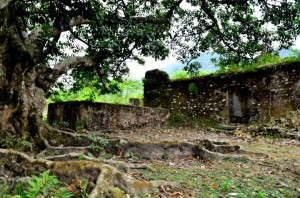 Nearby attractions of Buxa Tiger Reserve: Trips can be made to the nearby forests from Buxa tiger reserve. Tourists can visit the Phipsu Wildlife Sanctuary to the north of the reserve, the Manas National park on east, the Chilapata Forests and Jaldapara forests to the south-west. However, the most popular destination around Buxa Tiger Reserve is Jayanti. This is a village shrouded in greenery located in the banks of River Jayanti. You can walk along the endless banks of the river and take long nature walks. The forests around Jayanti are home to numerous rare birds. You can also visit the nearby Khairabari Leopard Rehabilitation Centre. 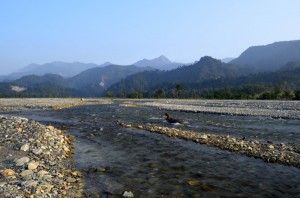 Things to do in Buxa Tiger Reserve: Buxa nestled at a height of 2,600 ft. is a two-hour trek through breathtaking surroundings from Santrabari, the starting point. The 4 km further trek to Rover Point, the haven of unknown birds, nestled at 4500 ft is truly exciting. Many trek enthusiasts also enjoy a 14 km trek to Roopam Valley in Bhutan. From Buxa, tourists can also take the 13 km to Jayanti, preferably with a guide. A stalactite cave is also found at Jayanti, known as the Mahakal cave.

Tourists can also enjoy a park safari by jeep or car at Jayanti or Rajabhatkhawa. Visit “Pukri Mai,” a sacred pond, where fish like Singi, Magur and Turtles are nurtured. Some festivals are also celebrated in the region by Hindus, Buddhists and local tribes. 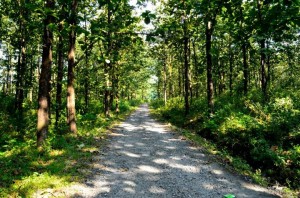 Best time to visit Buxa Tiger Reserve: You can visit the place at any time of the year, except the rainy season as the forest remains close at this time. 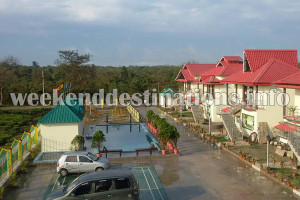 Lodging and dining facilities in Buxa Tiger Reserve: A luxury resort with AC rooms, swimming pool, gym, childrens’ park, private watchtower, playroom and all modern facilities have come up recently just beside the Buxa Tiger Reserve, with views of the jungle and hills on one side and lush tea gardens on the other. The check post to enter Buxa Fort is around 22 kms from the resort whereas Jayanti is 20 kms away. The resort arranges transport and safari for its guests too. A multi-cuisine in-house restaurant serves lip smacking continental, Chinese and Indian dishes and arranges for barbecue in the evenings.