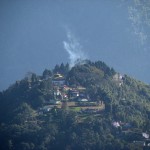 Nestled amidst the scenic Eastern Himalayas is the tranquil hamlet of Tashiding. The small idyllic village, which derives its name from the deity – Tashiding is most famous for its monastery founded in 1641 AD, which is held in high reverence by people of the Buddhist faith. Legend has it that even a casual glimpse of this monastery can cleanse a person of all his sins and shortcomings. The annual Bumchu festival is celebrated here with people coming from all parts of the world. Tashiding is a place where travellers longing for a spiritual connection would feel at home. A trek to the placid lake of Pokhri Dara or the Sinon Monastery and the surrounding caves give an outstanding experience of silence, nature and the mighty Himalayas. BOOKING DETAILS OF TASHIDING 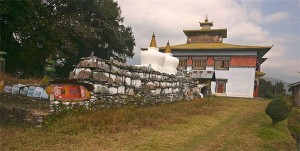 The approach from the market to Tashiding monastery is dotted with several prayer wheels, where devotees can offer prayers. The consecrated Chorten area comprises 41 chortens. They are categorized under “Chortens of Enlightenment”, “Chortens of Great Miracle” and “Chortens of Reconciliation”. The faithful can spend time in prayer and meditation here. Amongst the most sacrosanct chortens native to the monastery is the ‘Thong-Wa-rang-Dol’, which is said to bring about an instant catharsis of the soul for anyone who beholds it.

Other nearby monasteries are Hungree, Dubdi and Sinon. To reach Hungree and Dubdi Monastery, you have to take a short trek through the jungles but you would be rewarded with magnificent views of snow capped peaks of the Eastern Himalayas. However, the 18th century monastery of Sinon guarded by the Siniolchu Mountains can be reached by car. 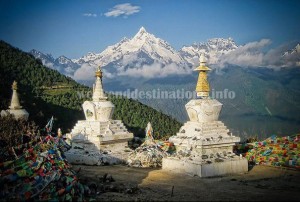 Nearby Attractions of Tashiding West Sikkim: You can visit Pokhri Dara to discover a sacred lake guarded by a Manghim and a natural cave. Tashiding is steeped in religiosity and has four divine caves, where saintly Buddhist monks are believed to have meditated. The caves are located in all four cardinal directions of Tashiding and include Lhari Nyingphug in the north, Khandozhangphu in the south, Sharchog Bephug in the east and Dechenpug in the west. The major touristic areas near Tashiding are Pelling, Yuksom and Rinchenpong. After visiting these touristic regions of West Sikkim, if you want to spend some days in tranquility, then keep Tashiding in your itinerary.

Things to do in Tashiding West Sikkim: The whole region of Tashiding is covered in forests and short treks around this region would lead you to numerous caves, monasteries, waterfalls and natural wonders like huge beehives tucked in rock faces. If you are fond of collecting authentic Tibetan trinkets, handicrafts, paintings and other artisan products then visit the Sinek market, situated aloft the ridge overlooking the Rangeet and Rathong Chu rivers. Tashiding is surrounded by monasteries tucked within the forests perched on hilltops so most tourists in Tashiding like to take up Monastery Treks. The trails of these treks pass through forests filled with flora and fauna, rarely found in other parts of India. These forests are often termed as “birdwatcher’s paradise.” 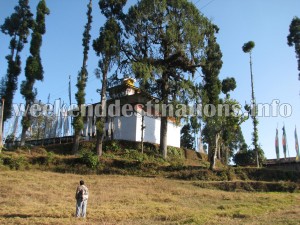 Another interesting activity would be participating in the annual Bhumchu festival, which is held on the night before the first full moon day during the first month of the Tibetan calendar. Water from the Rathong Chu River is stored in a sacred vase and opened every year by the monks at the time of the auspicious event. In the months leading up to the festival, the water stored in the vase is periodically inspected and evaluated for quality and quantity to ensure its purity. Any alteration in the aforementioned specifications would in turn forecast the collective fortune of the people of Sikkim. This festival stems from an ancient Buddhist legend concerning Guru Padmasambhava and is celebrated to predict the future. 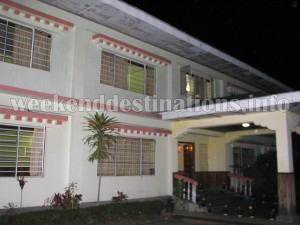